The association’s history dates back to the late 1960s when volleyball was played on a concrete floor in a school hall in the city centre.

Formed in 1967 under the banner of Warrnambool Amateur Volleyball Association. The sport quickly grew in popularity and it wasn’t long until a new venue was needed to house the sport. A disused water tank south of the Merri River became a popular playground for basketballers and in the early 1970s, Warrnambool City Council built a tin shed over two basketball courts and two volleyball courts. The stadium, which became known as the YMCA Indoor Sports Stadium, was home to the Warrnambool YMCA Volleyball Association.

The courts, regarded as being the most sprung in the country, hosted some titanic clashes including several international games involving the Australian men’s team.

As the association grew into its new home, the sport boomed. Junior and senior competitions were held every Monday, Tuesday, Wednesday and Thursday nights with several clubs fielding teams in an array of competitions. With more than 300 members, the sport had never been so popular.

The popularity fuelled intense competition for places in representative squads, with Warrnambool forging a reputation as a fiercely competitive force at state and country levels.

Unfortunately the ageing stadium, which needed a massive redevelopment, was closed to ball sports in 2002 and a multi-million dollar facility built in the city’s west. After the association moved to the new venue, it changed its name to Warrnambool Volleyball Association. Warrnambool Stadium is now home to the association’s weekly senior and junior competitions as well as the Seaside Tournament, one of the country’s most popular events. 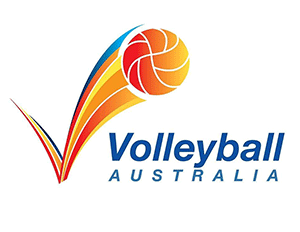 Ngatanwarr. Warrnambool Volleyball Association-South West Pirates would like to acknowledge the traditional custodians of the land, the Peek Wurrong peoples of the Maar nation, and pay our respects to their elders both past, present and emerging. Wurruk